The year was 1712. An engineer in the French Army Intelligence Corps named Amédée-François Frézier was sent by King Louis XIV on a reconnaissance mission to Chile. Between covert visits to Chilean military fortifications where he posed as a tourist in order to gain access, Frézier was also charged with documenting the local flora and fauna. One day he came upon a familiar sight: a berry that looked similar to one he knew from Europe, but significantly larger. Frézier described this larger fruit in his journals:

“They there plant whole fields with a sort of strawberry rushes, differing from ours, in that the leaves are rounder, thicker, and more downy. The fruit is generally as big as a walnut, and sometimes as a hen's egg, of a whitish red, and somewhat less delicious of taste than our wood strawberries.”

In Europe and Russia, the small woodland species of strawberry, the fraises des bois (Fragaria vesca) and the musk strawberry (Fragaria moschata), had been grown for centuries. The larger fruit Frézier encountered, the Chilean strawberry (Fragaria chiloensis), had been cultivated by native peoples in the region for almost 1000 years. The species most likely originated along the foggy western coast of North America, the seed then carried by migrating birds to coastal regions of South America where it became established.

Back to France, enter the botanist

Frézier packed up some of these plants and took them back to France where they were planted among other species. The crossing of Fragaria chilenosis with another species from the new world, Fragaria virginiana, resulted in a hybrid that would eventually become the strawberry we know today. At the time it was called the pine- or pineapple-strawberry, as French botanist Antoine Nicolas Duchesne had named it Fragaria x ananassa because it's flavor was reminiscent of pineapple (the pineapple is in the genus is Ananas).

This hybrid species spread quickly across Europe, with new cultivars being selected and cultivated in England and other countries by 1800. Eventually the hybrid made its way back across the Atlantic and took hold in North and South America.

What's in a name?

Did you happen to notice our French spy's name, Frézier? That might sound familiar because the French word for strawberry is fraise. An ancestor of Frézier’s was knighted and bestowed the name by the king of France in the year 916 after offering his highness a gift of ripe strawberries. Seems it was Amédée’s destiny to become intertwined with this noble berry.

Where did we get the word 'strawberry'?

We commonly attribute the name strawberry to the fact that the plants are mulched with straw. There is also a theory that the use of straw in the name describes the color of the achenes on the surface of the berry. The name most likely originated from a description of the way the plants grow. Strawberry plants spread via stolons, and a single mother plant can produce over a hundred daughter plants in one season, thus becoming rather strewn about. The Old English word for strawberry is streawberige, and in that language ‘strew’ and ‘straw’ were both used to mean ‘to spread or scatter’. So, the name likely meant a berry that spreads, which perfectly describes its growth habit. 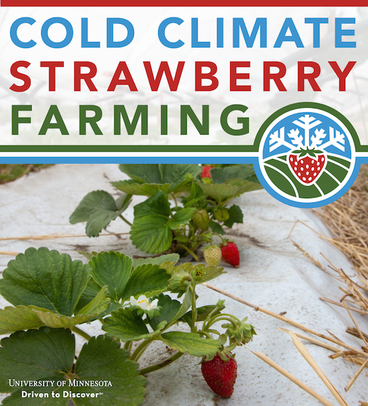 This content was originally published in 2014 in Cold Climate Strawberry Farming, An Interactive Guide to Growing and Selling Strawberries in Cold Climates published by the University of Minnesota Department of Horticultural Science. That publication was made possible by a grant from the Walmart Foundation, administered by the University of Arkansas System Division of Agriculture Center for Agricultural and Rural Sustainability.

Cold Climate Strawberry Farming is no longer available on the original platform. However, content from it has been republished on this site, at University of Minnesota Extension, and YouTube.

Thanks to Dr. Emily Hoover and Echo Martin for their contributions to this article.

Banner image is from Hovey, C.M. 1848. The fruits of America : containing richly colored figures, and full description of all the choicest varieties cultivated in the United States. Boston : C.C. Little and J. Brown and Hovey. The image is in the public domain, and was made available by Internet Book Archive Images. 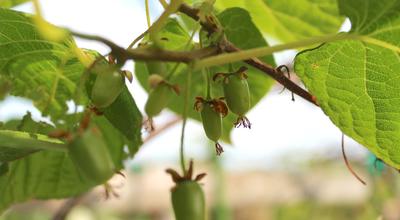 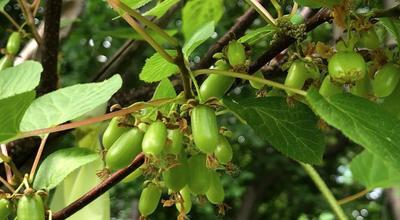 Exploring the invasiveness potential of kiwiberry 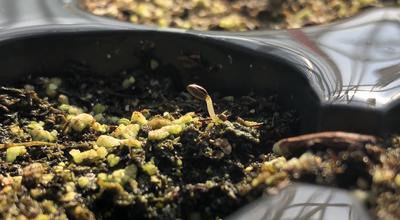